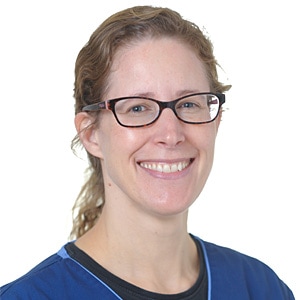 Gabby, originally from Edmonton, Canada, moved to England in 2005 as an engineer. She decided on a change of career and graduated from the University of Liverpool Vet School in 2015. She joined the Woodward team in August 2017 working part-time so she can also spend time with her young daughter. Gabby has a genuine interest in first opinion small animal practice and is one of our Cat Advocates. At home she has a delightful cat named Olive, a gorgeous dog named Brad, and a few chickens.

Consultations by appointment only.